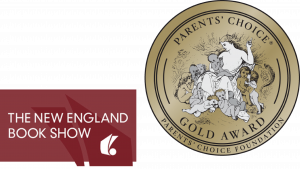 A rich resource of more than 100 easy, timeless ideas on building strong families, developing the academics, supporting the schools, and more.

Awards for John Adams: The Voice Heard ‘Round the World

Listen to an excerpt from the John Adams CD

This is the essential chapter in the John Adams story that tells of his vision and courage in making The Declaration of Independence happen. Marked for hanging by King GeorgeIII, Adams risked his life to secure “Independence Forever” for America. Aided by the strong support of his wife, Abigail, Adams spoke up in the Continental Congress and in Europe with a “Voice Heard ‘Round the World.” His dedication to the cause of American freedom separated him from his family for ten long years.

“John and Abigail Adams delighted in happy experiments and they would be doubly pleased by this one. It will inspire anyone, of any age, who loves history and music ‘to dare to read, think, speak and write’ in our time, as they did in theirs.”
-David Hackett Fischer, Pulitzer Prize Winner, Warren Professor of History at Brandeis University

“This is an important work! It’s a great story, I love it!”
-Jean Fritz, award winning children’s book author

“John Adams would be pleased to have his life and accomplishments celebrated in this fashion that brings together history, music and patriotism. John Adams: The Voice Heard ‘Round the World captures the spirit and character of one of our nation’s most important Founding Fathers. Just as Abigail reminded him to “Remember the Ladies” so this work teaches us to “Remember John Adams.”
-William Fowler, Distinguished Professor of History, Northeastern University

“Marian Carlson has created an enchanting, substantive history of John Adams, the driving force behind the Declaration of Independence and second only to George Washington in the founding of America. Richly illustrated with portraits and evocative historical prints, this young people’s story is also an invaluable refresher course for adults. As accompaniment to the Boston Landmark Orchestra’s charming musical companions, this narrative reminds us that John Adams strength, wisdom, and courage in the face of mortal danger are not dusty historical facts, but the living soul behind ‘the voice heard ‘round the world’.”
-Diana Rowan Rockefeller, Writer, poet, former Atlantic magazine editor

“…a unique artistic and literary perspective on John Adams, the leading figure of the most important family in American history.”
-Howard Gardner, Hobbs Professor of Cognitive and Education, Harvard Graduate School of Education

“This was a very well written story. The advanced vocabulary was amazing. I loved this story because it helps kids and adults see behind the scenes for Independence Day.  The story gives you a feeling of what it was like for John Adams to be independent. It also tells many of his more interesting struggles.  I loved this story.”
-Student, 4th grade

I NEVER get tired of hearing it. The John Adams CD is an incredible accomplishment!
-Jan Smulcer, Values Through History